It was down to that or ‘2CB, 2D’ but I think I made the right choice. ‘2CBD, 2 Furious’ was probably more comprehensible, anyway, so I’m happy with my chosen path.

When I was writing my previous post about CBD, I really did a deep-dive on the subject and came up with a whole bunch of information that was interesting, but didn’t fit in the post I was writing. Evidently, I found more than enough information to do a whole new post about the stuff, and it was fun enough to learn that I just figured I would dive right in. 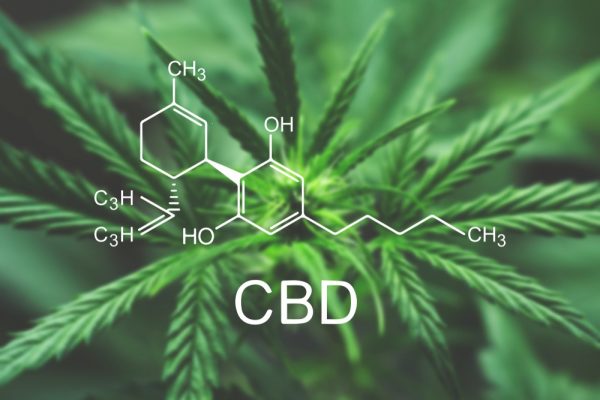 Seriously, there’s a wealth of information out there on the stuff. The past few years have seen a meteoric rise in the popularity of CBD extracts and isolates, which in turn has led to lots of research on the subject and a lot of media attention on what once was just a younger, less impressive sibling of the real king: THC.

In recent years, however, there’s been a dynastic shift within the world of cannabis.

What Do You Mean By Dynastic?

You know, like having to do with a dynasty. I called THC the king, so it was a dynastic sh- you know what, never mind. It isn’t worth explaining. There’s been a big change.

In my previous post, I outlined a few of the reasons for CBD seemingly popping up everywhere. Basically, it boils down to the willingness of big websites and social media platforms to advertise CBD. Long story short, big businesses like CBD but not THC. Mostly because THC isn’t kid-friendly. I know that’s a gross oversimplification, but if you want more information you can always read my other post!

THC, the King, has been unseated. If you search for articles and posts about cannabis, you’ll quickly find that information and new research about CBD is far more prevalent than studies, posts, and articles about the substance that was once considered the root of the cannabis experience.

Part of this shift might also be due to fatigue: early cannabis legislation often focused on the THC content of different strains, as they were still comparing THC content to alcohol content in spirits. Unfortunately, THC content isn’t always the best indicator of a strain’s potency. I’ve been knocked on my ass by strains with little to no THC, and I’ve smoked 30% strains that barely made me feel a thing. Early legislation, and as a result, the early marketing of legal cannabis products was often most concerned with their THC content, despite it being an objectively bad measure of overall quality. 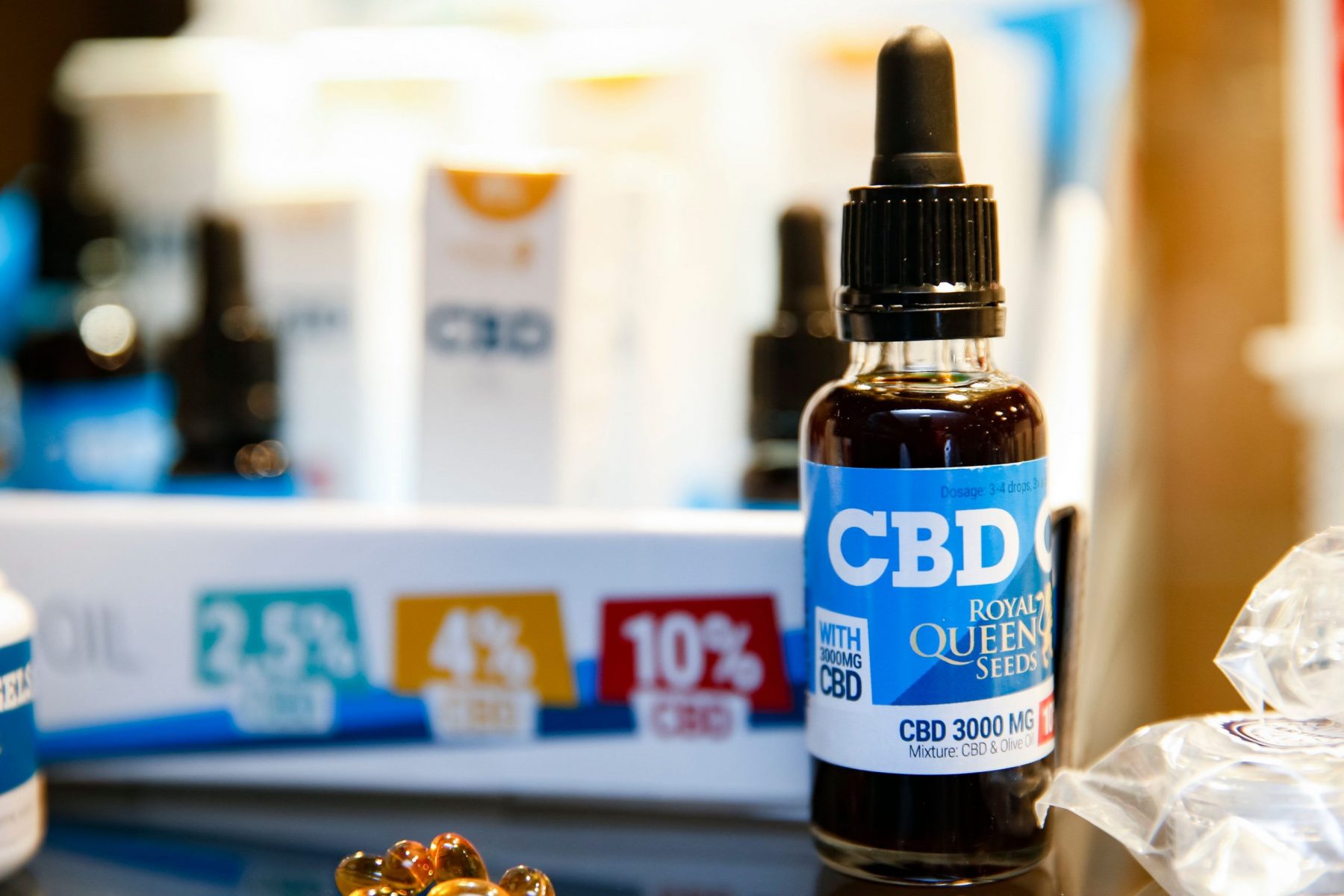 It’s Been A While Since Legalization, Though

The laws haven’t changed, so the patterns that emerged immediately after federal legalization have continued since that time. Until big companies and advertisers change their mind about THC, the only solution for cannabis companies desperate to market themselves is to focus entirely on CBD products. It would require major changes to either federal law, or to the Terms of Service of at least a dozen major web platforms to see meaningful change in this trend. Until we see those changes come about, I think the post-legalization paradigm still fits our current situation.

So CBD is big! It’ll keep being big until a lot of powerful people make a lot of big decisions, which probably won’t happen anytime soon. I think I’ve spent quite enough time describing the political and legal issues that surround the use of CBD, so now I’d like to focus more on why it has to be this way.

Why do people seem to care so much about CBD? 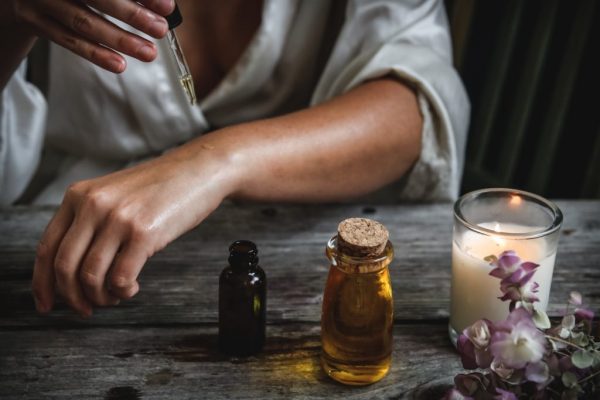 I think the main appeal of CBD is this: cannabis has an array of awesome health effects that have allowed your average citizen to treat whatever chronic health conditions they might have that modern medicine has given up on. People want that power.

People want the power to relieve their pain, to temper their anxiety, to put themselves to sleep, and even to keep them from shaking or convulsing. People want relief from symptoms, and I think I’m good to claim that with impunity. I highly doubt that anyone is gonna roll up here to argue that although they suffer from chronic pain, that they would rather live with it. If there’s another choice, most people will take it.

Unless, that is, that choice comes with its own array of side-effects. Like any medication, cannabis is not without a laundry list of undesirable side-effects. Not everyone enjoys the munchies, and not everyone who uses cannabis wants to be locked to their couch after smoking. People who smoke for pain relief don’t want to fall asleep, because they’ll wake up feeling sore again! People who smoke to reduce their convulsions might not want the munchies, because the act of eating might affect their blood sugar. Anyone with long-term health concerns can tell you that at times, trying to find the proper medication can take months or even years.

CBD offers a tempting solution for those who might be burnt out trying medication after medication. The pitch is effectively this: “Hey- We know that cannabis has lots of side-effects that no one wants, so we took those out. That also makes the good effects a little weaker, but we tried our best.” The buzz around CBD, for me, is largely centered on the marketing surrounding it being so focused on the concept of reducing side-effects.

What I’ve noticed is this: THC has become a sort of de facto measurement of potency, and is currently being marketed by legal and illegal services alike as being correlated with the power or intensity of different strains of cannabis. The focus of the marketing is on the positive effects of THC, namely, the effects that it has on the user. To balance that, the marketing surrounding CBD is focused on its negative effects. In this context, a negative effect is one that CBD would lack but one that THC is known to have.

CBD is being marketed as ‘Anti-Weed’, in a sense, by constantly comparing what it doesn’t do to how a strain with higher THC might act. It’s being used to capture a new audience that’s been historically resistant to traditional cannabis flower. The focus of the marketing is never on effects unique to CBD, but rather on effects of THC that CBD solutions lack. 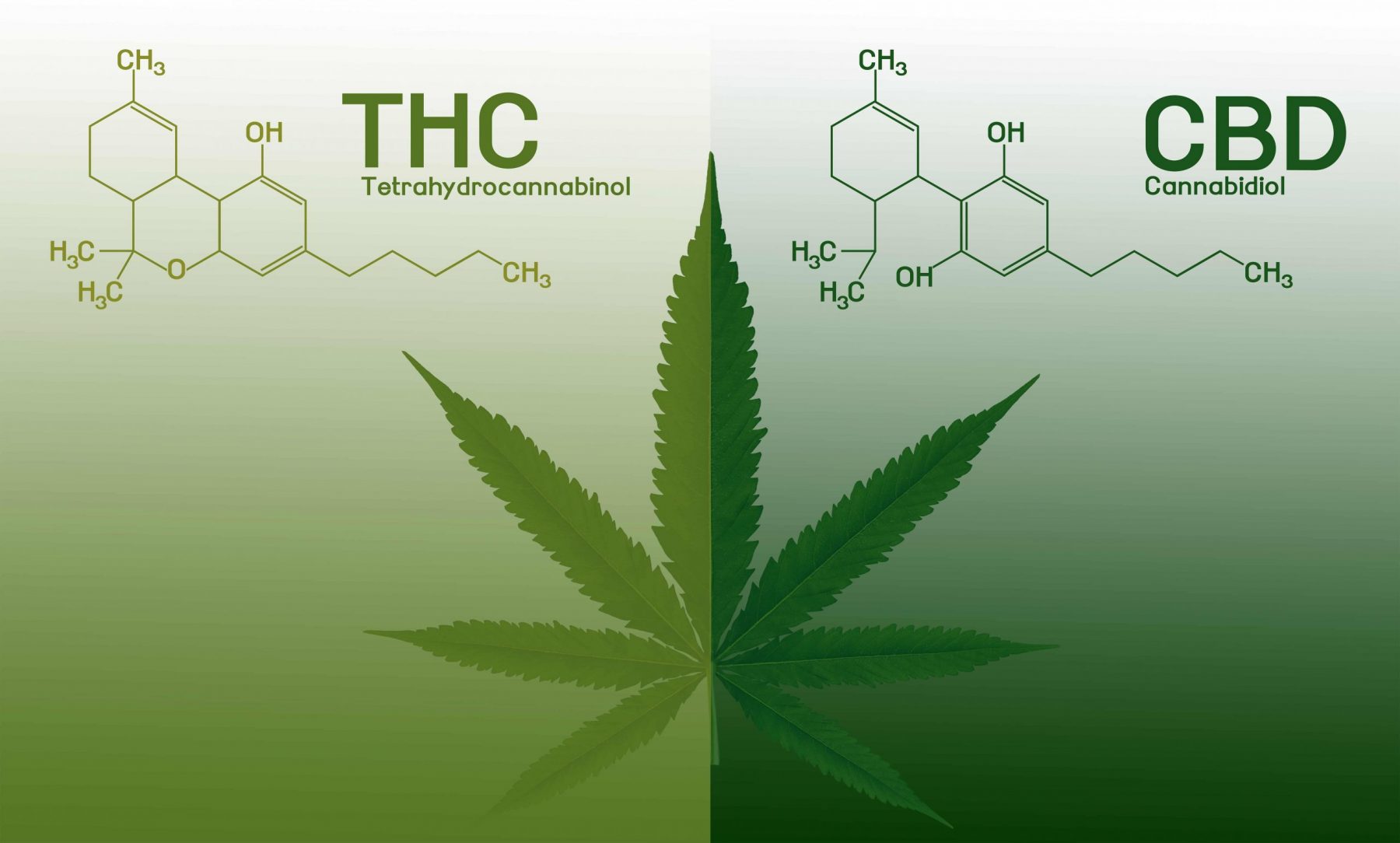 You Really Put Some Thought Into That

I think that CBD has been a useful tool for cannabis companies trying to reach a new audience. Most services, once they’ve been running for a while, naturally reach a peak exposure to their audience. After that, the only way to grow is to expand that audience, either in terms of your physical operation or in terms of product lines available. CBD has allowed businesses that might’ve reached their peak with their existing audience, the customers who like to smoke and that enjoy the side-effects of THC, to reach a brand-new audience and keep on growing. That’s what most business owners want to do, and CBD allowed a lot of them to do just that with minimal effort on their part. Sounds like a win/win to me.

CBD is still a bit of a buzzword in the industry, but at least I hope it’s clear now why that is. CBD is a low-effort way for business owners to expand into new markets, and that’s exactly what people have wanted to do since cannabis was legalized a few years back. It might not be the most creative way to grow, but by now it’s tried and true. The market has responded well to CBD, and no one is trying to fix what ain’t broken. The current marketing has led most CBD products to sell like hotcakes, so expect to see a lot more ads for CBD as we move forward.

There’s still so much to talk about regarding CBD- I was really hoping to touch on The Entourage Effect in this post, but that might just have to wait. I guess we’re doing CBD part 3 before the year is out! Look forward to it… 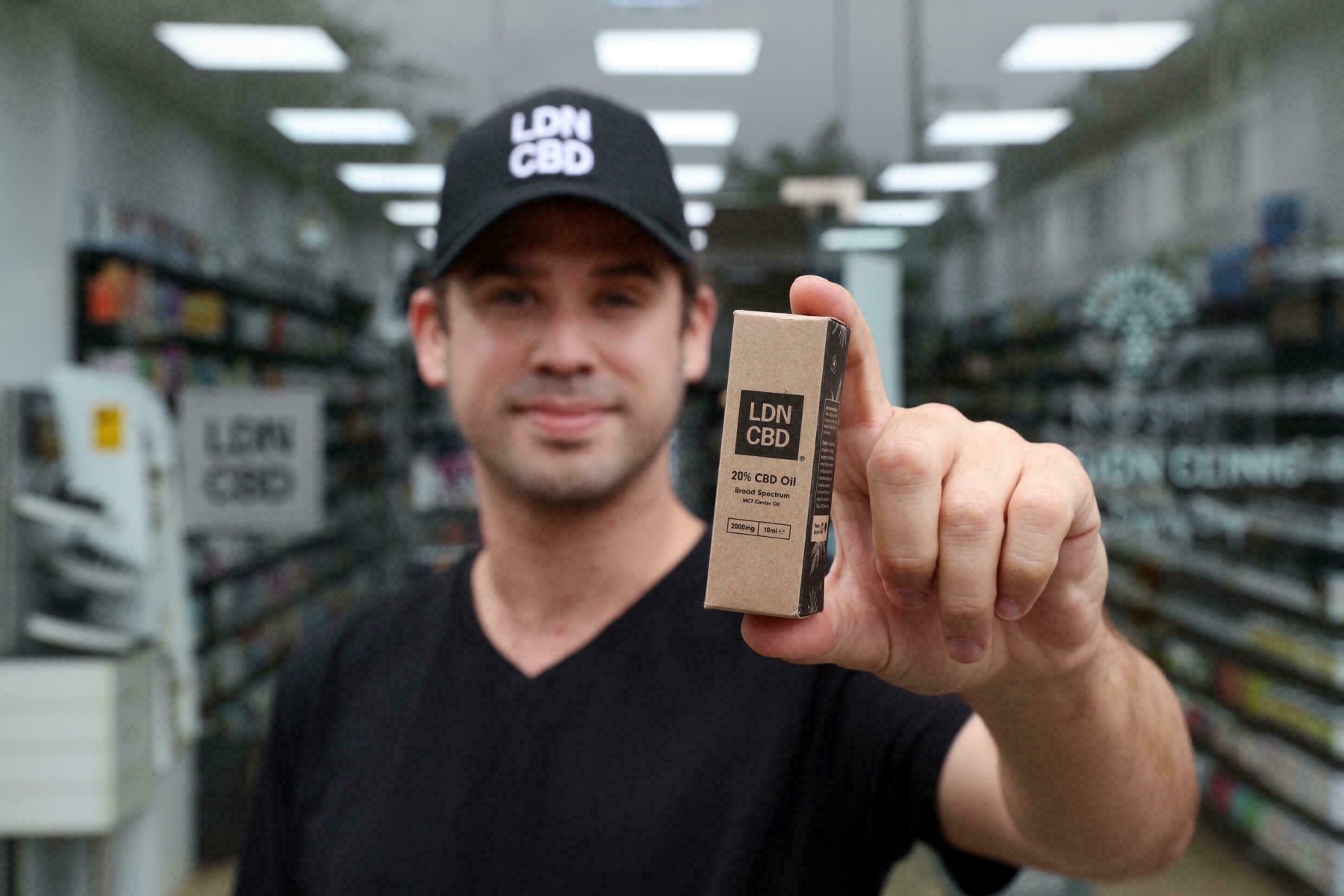 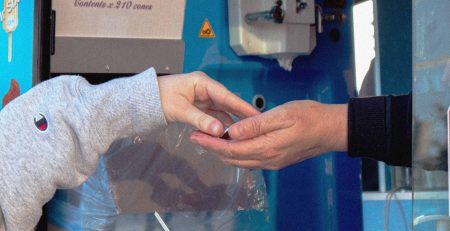 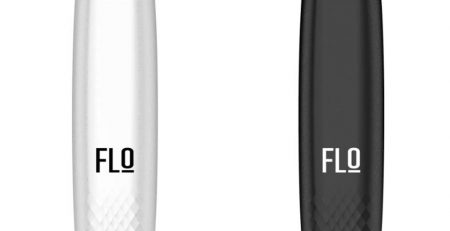 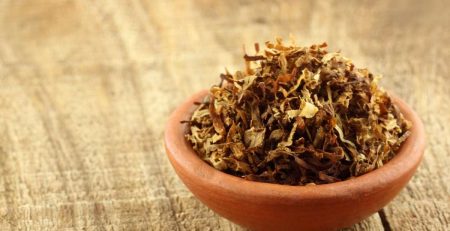 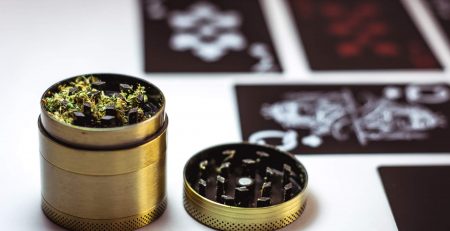 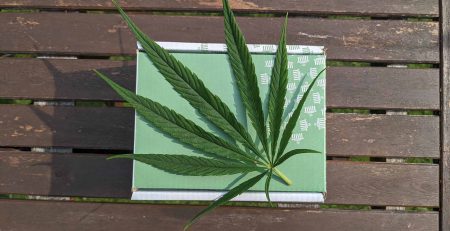 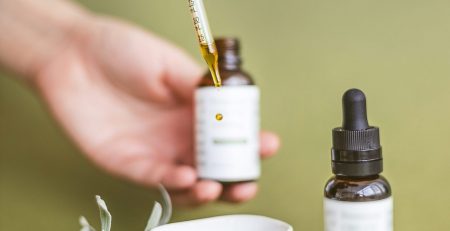 Do The Two Go Hand in Hand? I can’t help but think they do! I can still remember the first time... read more 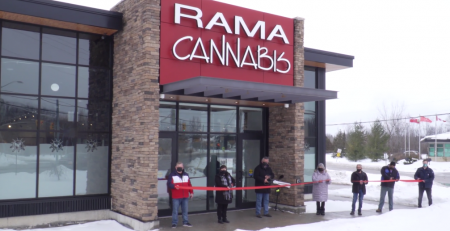 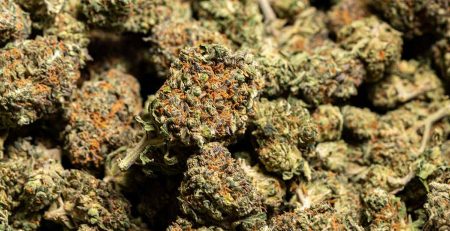 Which Would You Rather? It’s not uncommon to see deals and various promotions being offered by the many fine dispensaries... read more 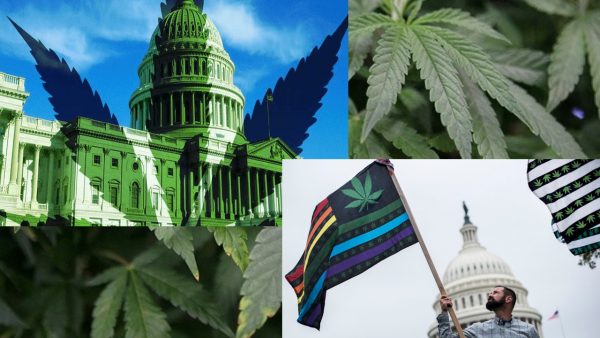 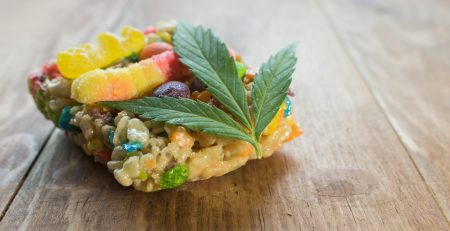 The Ever-Evolving World of Edibles

You’d Better Clear Your Plate Long before the coming of the modern industry we know today, cannabis afficionados have been... read more